La Habitación Azul, his world on the radio

The radio is an intrinsic part of the life of Luis Alberto Naranjo. At the end of the 1980s and in the 1990s, a Diálogos 3 program on RNE was not lost, directed and presented by the journalist Ramón Trecet. Those musical styles would go deep into, at that time, a musician who was being born inside him. While he was composing, his love affair with the world of the airwaves began.

In 1992 he took the step, seeing that in the Region of Murcia there was no program dedicated to “New Music”, as they were called at the time, he visited the private radio station that was next to his parents’ house, Onda del Segura it was called The director of the station liked the idea, but Luis had no radio experience, so he had to get hold of it. For six months Luis was visiting the radio studios every afternoon, recording tapes and VHS video tapes (audio only), which the director would then listen to and later give him guidelines to follow. That was how one Friday afternoon, the director told Luis that that night, he would do the first program of what would be The Blue Room. The program was going to be only a few months on the air, but finally it was on for ten years without interruption. Little by little the program was gaining audience, from being one hour a week, it went to four, although over the years it would change schedules, until finally it was left for the nights of the station. It became the ninth most listened to program in the Region, fighting against the national programs of the important stations.

As for its content, it was nourished by CDs that were sent to it from all over the planet, especially from the United States, labels such as Higher Octave, Narada, Private Music, Windham Hill and a long etc, sent discs weekly to be presented. Likewise, Spanish musicians (in recent years the program was already broadcast on the Internet) from all over Spain sent their works, and musicians and groups from the Murcia area.

Also tireless in terms of interviews, at that time Cartagena was the city of New Music, where all the greats of the moment performed, later also the city of Murcia, and Luis was there to interview them. So Suzanne Ciani, Himekami, Javier Paxariño, Win Mertens, Wolfstone, Capercaillie, Luis Delgado, Hevia, Raphael (American musician), Simon Jeffes (Penguin Café Orch), Vicente Amigo, Bill Douglas, Lito Vitale, Liam O’flynn, Pascal Gaigne, Rodrigo Leao, Teresa Salgueiro (Madredeus), and many more of whom we do not keep the recordings.

After a few years dedicated to his recording studio, Luis Alberto returns to the radio in 2019, although the first few months were as a Podcast, LHA would soon return to the airwaves, first hand in hand with Radio Amplitude (Granada), and would soon be joined by the municipal station of Molina de Segura Radio Company. They were joined by Radio Cantillana (Cantillana-Seville), Radio Guadaíra (Alcalá de Guadaíra-Seville), Radio Guardo (Guardo-Palencia) and Radio Ruah (University of Alcalá de Henares), being the program dedicated to these types of music with the most coverage in recent years. During this time Luis set himself the goal of focusing the effort on making Spanish artists known, thus, composers such as TSODE (Jesús Valenzuela), Ann Grace, Die Stadt, Eduardo Tarilonte, AutomaticA, Jorge Granda, passed through the program’s microphones in interviews. Jose Luis Benlloch, Nuria Rovira, Pedro Fernández, Grupo Azarbe, Roger Subirana, Sergio Zurutuza, Txema Cabría, JM Mantecón and Carlos Garía Vaso (Azul y Negro). In the shows of this last period, Luis was accompanied by the writer and music critic Antonio Pardo Larrosa and the companion of the podcast El Aljibe Musical Bj. Sebastian.

Now Luis has paused to focus on songwriting, but the show will no doubt return to the airwaves. Meanwhile, we leave you a link so you can listen to the programs of the last two years. So, SIT DOWN AND LISTEN. 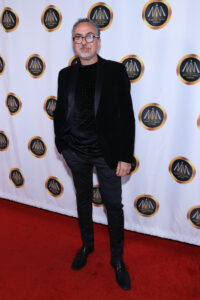 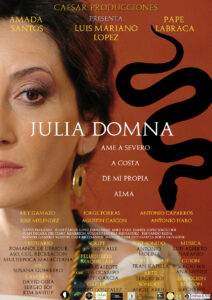 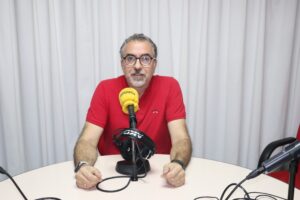